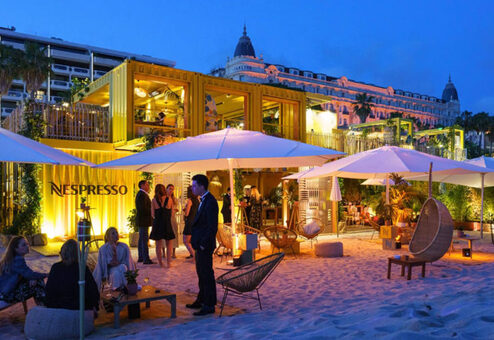 Are you interested in Cannes Film Festival evenings? But what about the 2023 edition scheduled from Tuesday, July 16 to Saturday, May 27? Beautiful evenings are already announced with unavoidable events to come, Cannes film festival is a world-class cinema event under the spotlight, with 10 days of screenings punctuated by wild parties … no time to get bored in Cannes!

The most prestigious event in the world after the Olympic Games with no less than 4,500 journalists from various countries. In this article, we will give you a list of parties where you can experience the night life of Cannes film festival.

Back on May 25, 2023 to celebrate its 29th edition, amfAR organizes its great charity gala. On the program? Luxury, glamour and glitter.

This non-profit event is held at the same time as the Cannes Film Festival. Indeed, some of the Festival’s distinguished guests are also invited to the evening of May 25, for a dinner accompanied by delicious cocktails. Baz Luhrmann, Vanessa Hudgens or Robert de Niro will be present. As for the stylist Carine Roitfeld, she is in charge of the organization of the “Let’s Get Married” themed fashion show, where the most luxurious brands are called upon to make eye-catching pieces. The sponsors Chopard and Jelenew, have joined forces to also create a unique piece, a dress.

This fundraiser will allow the American foundation to invest in AIDS research in order to eradicate the virus.

The Nespresso beach in Cannes

Once again this year, Nespresso is a partner of the Cannes Festival. The brand continues to support gastronomic talents, inviting them to share unforgettable moments on the Nespresso Beach.

With this exclusive collaboration with model Alessandra Ambrosio, Nespresso honors the colors of the Brazilian flag. From sunny lemon yellow to tropical leaf prints, the peaceful haven of the Nespresso Beach is decorated in a typically Brazilian atmosphere.

Alessandra Ambrosio shared her impressions about this famous collaboration. She confided that she was “proud” to be the face of this campaign, inspired by her country of origin. She also said she was “delighted” to bring delicious recipes to life.

L’Oréal Paris and the Cannes Festival

To celebrate their 26 years of partnership, the world’s leading cosmetics brand invited to the Cannes Film Festival for an unprecedented celebration. Indeed, in addition to the preparation of a private party planned for the first week of the Festival, for the second time in the history of Cannes, the Lights on Women award will be presented.

Delivered from the hands of Kate Winslet this year as last year, this award is reserved for the category Cannes Short Film. Created by L’Oréal Paris, it is a support to women actresses in the world. Working for the recognition and visibility of women in cinema, the brand is committed to advocating its feminist values. The prize will be awarded to one of the directors in this category on May 27, 2023. In 2021, it was Aleksandra Odić who was awarded.

L’Oréal Paris also invited its little family, consisting of a multitude of spokespeople such as Kate Winslet. Among them, Viola Davis, Aja Naomi King, Leïla Bekhti or Andie McDowell, will be present.

Magnum and the Cannes Film Festival

For the 76th Cannes Film Festival, which will take place from May 16 to 27, 2023, Magnum Cannes Beach is remixing the classics with Kylie Minogue and Peggy Gou.

To celebrate this new edition of the French film event, the ice cream brand has opted to release a rather peculiar sound… By teaming up Kylie Minogue and Peggy Gou, Magnum aims to create an exhilarating house version of the hit “Can’t Get You Out Of My Head”.

Also, under the hashtag #ClassicsRemixed, Magnum is celebrating its own “Remix” line; its duo ice cream collection. Bathed twice in the famous Magnum chocolate, the classic references have been rearranged by the brand’s ice cream experts.

The two artists have expressed their joy at this new collaboration, admitting to being fans of each other.

The House of Cardin and the Cannes Film Festival

For the second time in its history, the House of Cardin is conceptualizing a highly distinguished award: the Prix Bulles Cardin. In reference to the company’s principles and values, linked to ecology, this prize will be a symbol of reward for any individual who has undertaken works or actions allowing the development of an ecological economy. The works and actions, separately from their authors, may also be honored with a Prix Bulles Cardin. In total, five elected officials will be rewarded. Rodrigo Basilicati-Cardin, Pierre Cardin’s successor, explains the importance of such a project.

The second edition of this long-awaited ceremony will take place on May 18, 2023, in the evening. From now on, on the occasion of the Cannes Film Festival, this award ceremony will be held every year at the same time. Cardin will also benefit from media coverage similar to the Superbowl or the Monaco Formula 1 Grand Prix.

The objective is to make the event accessible through various platforms. Yet another way to link the world of culture and the Internet environment. Among the invited influencers are the young Paola Locatelli and Just Riadh, who have more than one million subscribers each.

On the agenda of this meeting: creative workshops, DJ sets, creation of real, test of the famous connected glasses, trip in virtual reality and in the Metaverse. The brand Fenty Beauty will also mobilize some of its talented makeup artists to pamper the guests present.

Albane’s evenings celebrate its 20th anniversary. Many have tasted the name without having the right to savor the entrance. For sixteen years, Mrs. Albane Cleret has been organizing the most social evenings of the Cannes Film Festival. By the most social, we mean the most prized by the film world. “People compete to get in because it’s a place of business,” she confided before the Cannes festivities.

If you’re interested in attending these parties, let us help you with the best accommodation and transportation in Cannes. 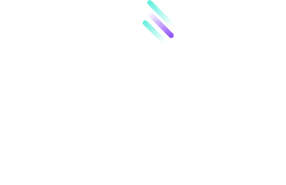 © 2022 Accommodation Trade Shows. EAS, SL (Executive Accommodation and Services has no legal or commercial connection with events features on www.eas-now.com or www.executiveaccommodationandservices.com. The names of such events are trademarks and the property of their respective owners.